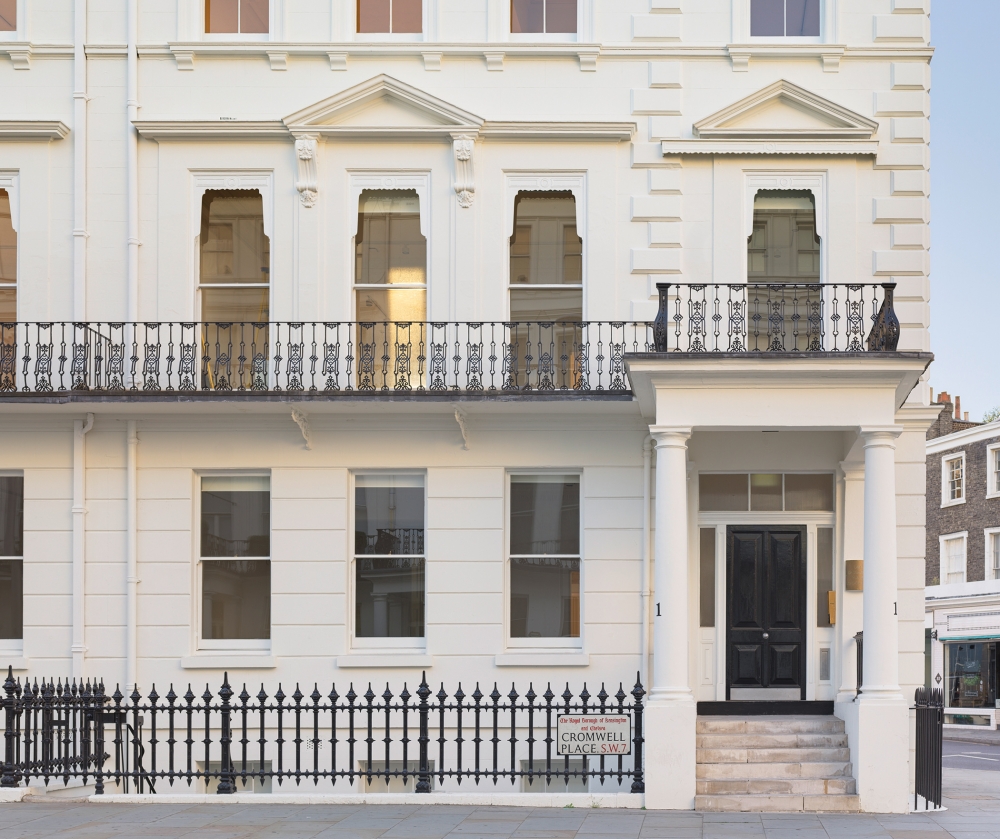 Lehmann Maupin London will function as a dynamic multi-purpose space, offering an alternative to the traditional gallery model. Conceived in response to the shifting needs of its artists and the broader arts community, Lehmann Maupin London will forego a fixed exhibition program and instead engage site-specific activations, installations, and performances. This innovative model will allow the gallery to develop focused presentations that highlight critical issues of the day, while also providing a platform for artists to think outside of the traditional presentation of a new body of work. In addition, the gallery will host a regular series of public programs to keep audiences engaged in the current practices and concerns of its artists.

The gallery has long maintained strong ties with London through its artists based in or around the city, including Billy Childish, Mandy El-Sayegh, Gilbert & George, Shirazeh Houshiary, Do Ho Suh, and Juergen Teller. By expanding to London, one of the largest art markets worldwide, Lehmann Maupin aims to strengthen its connections in the United Kingdom and Europe and provide a bridge for its artists’ activity internationally.

“The world is changing rapidly, and we are listening to it,” explains co-founder Rachel Lehmann. “We are taking an artist-centric approach with London. I like to think of the space as an extension of our artists’ studios, a space for contemplation, innovation and experimentation. Our goal is to create an atmosphere that both replicates the experience of a studio visit while also providing the fresh and ever-changing content of an art salon.”

“London remains one of the largest art markets and an important location for us as a business” said co-founder David Maupin. “We are very fortunate to have strong leadership in London in our Senior Director Isabella Icoz, a loyal network of clients who have supported the gallery for years, and the opportunity to pursue ambitious projects with our artists while deepening our relationships with the city’s museums and cultural community.”

Lehmann Maupin’s opening program, timed to coincide with London’s Frieze Week, will feature a combination of digital and physical programming. The first major in-person activation will feature a residency with British artist Billy Childish (October 5–25, 2020) where he will transform the space into an active studio and develop a series of new paintings on-site inspired by a book of intimate autobiographical photographs to be published on the occasion of this residency: billy childish, photography 1974 – 2020 (BC Studio Editions, 2020). Intended as an immersive experience, the public will be invited to witness Childish’s creative process firsthand. Midway through the residency, Lehmann Maupin will also host a public conversation with Childish to provide deeper insight into his multi-dimensional practice.

In addition, Lehmann Maupin will present a selection of work by gallery artists Kader Attia, Shirazeh Houshiary, Lari Pittman, and Nari Ward who each engage with the concept of identity (both personal and collective) in order to provide an expansive view of the visual arts today. This selection also creates a bridge to significant presentations of the artists’ work around the world, on view or upcoming soon, including Pittman’s major traveling retrospective at The Twist - Kistefos Museum in Norway; Ward’s solo exhibition at the Museum of Contemporary Art (MCA), Denver, Colorado; Attia’s solo exhibition at Kunsthaus Zurich in Switzerland; and Houshiary's work included in an upcoming exhibition at The Moody Center for the Arts, Rice University, Houston, Texas.

Timed with its physical opening, the gallery will launch an online exhibition, LONDON CALLING (October 5–30),  featuring iconic works by Billy Childish, Mandy El-Sayegh, Gilbert & George, Shirazeh Houshiary, Do Ho Suh, and Juergen Teller. Each of these artists from the gallery’s program have developed deep connections to London over the years, having made the city their chosen home, and even the subject or inspiration for their work.

Lehmann Maupin London will be led by Senior Director Isabella Kairis Icoz, who has been with the gallery since 2010 and who works closely with the gallery’s artists Gilbert & George, Shirazeh Houshiary, and Do Ho Suh, among others.

About Lehmann Maupin
Rachel Lehmann and David Maupin founded Lehmann Maupin in 1996. The gallery represents a diverse range of contemporary artists and estates from around the world. Known for championing artists who create groundbreaking and challenging forms of visual expression, Lehmann Maupin has been instrumental in introducing international artists in new geographies. This mission has resulted in historic first exhibitions in New York, Hong Kong, and Seoul.

About the Founders
Rachel Lehmann was born in Asmara, Ethiopia, and studied at the University of Fribourg in Switzerland. She started her career as the proprietor of two contemporary galleries in Geneva and Lausanne, Switzerland, where she showed young artists who have since become internationally acclaimed, such as Jeff Koons, David Salle, and Candida Höfer. Lehmann has served on the International Council of the Solomon R. Guggenheim Museum, New York, and also on the museum’s Acquisitions Board. She has also been a member of the selection committee for the Art Dealer’s Association of America.

David Maupin was born in California and studied Art History at the University of California, Berkeley, and the University of Pennsylvania. He started his professional career in Italy—with internships at the Peggy Guggenheim Collection in Venice and Lia Rumma Gallery in Milan and Naples. He relocated to New York City in 1994 where he became a director at Metro Pictures, working closely with Mike Kelley, Tony Oursler, and Gary Simmons. In 1996, David and Rachel opened Lehmann Maupin’s first location in Soho, before expanding to Chelsea, and later to Hong Kong and Seoul. Maupin has served on the Selection Committee for Art Basel Hong Kong since the fair’s inaugural edition in 2013. Additionally, Maupin serves on the boards of Edible Schoolyard NYC, a non-profit organization which partners with public schools to provide hands-on cooking and gardening education, and Perfect Earth, a foundation dedicated to toxin-free gardening and environmental sustainability.

About Isabella Icoz
Senior Director Isabella Kairis Icoz has worked with Lehmann Maupin in Europe since 2010 and works closely with the gallery’s artists Shirazeh Houshiary, Do Ho Suh, and Gilbert & George, among others.In her role, she is responsible for overseeing operations for the London space and expanding Lehmann Maupin’s global network in the United Kingdom and Europe. Icoz joined Lehmann Maupin after working at both Christie’s and Sotheby’s, and as an independent art adviser. Icoz is a nominator for the Prix Pictet, was an Honorary Jury Member of the Sony World Photography Awards (2014), a nominator for the Sovereign Asian Art Prize (2014 & 2015), and curated the show Five in Istanbul (2010) with works by artists Hernan Bas, Tracey Emin, Teresita Fernández, Tony Oursler, and Jennifer Steinkamp, and a solo show with Angel Otero in Istanbul in 2012 in collaboration with Lehmann Maupin. Icoz is of Greek origin, born in London, raised in Switzerland, educated in the United States, and previously lived in Istanbul for over a decade. She received a BA with Honors at Brown University, an MA at The George Washington University and a Post-Graduate Diploma with Merit in Art History at the Sotheby’s Institute of Art.