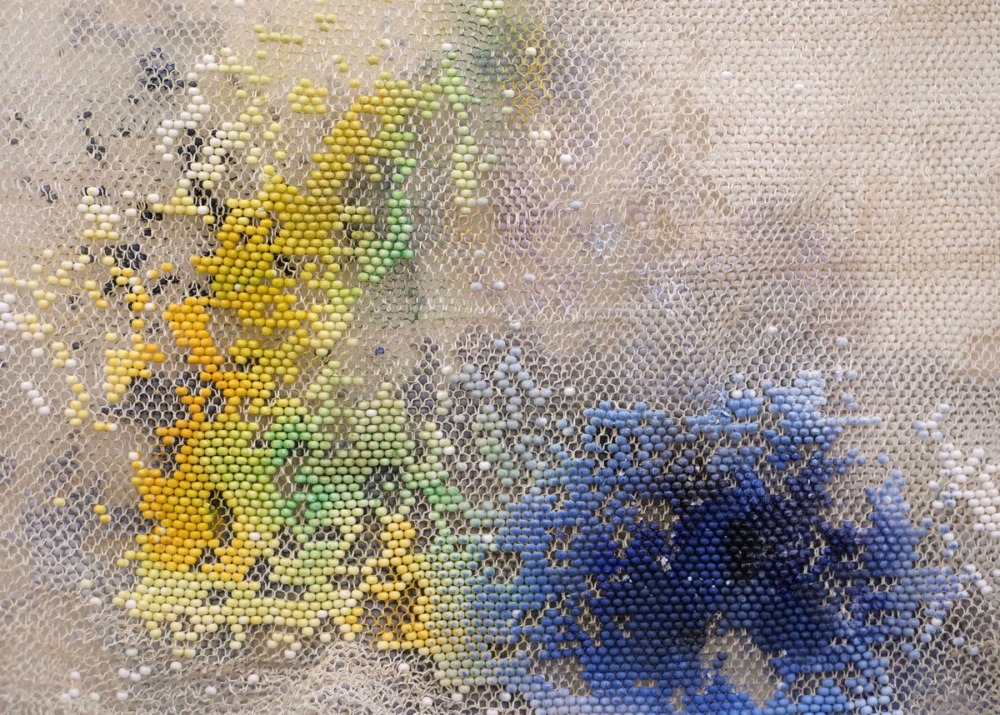 Liza Lou burst into the art world in 1996 with Kitchen, a full-scale room rendered in glass beads. Its cartoonish details—a box of Tide, a cherry pie—recalled pop masters like Andy Warhol and Claes Oldenburg. Now the Los Angeles–based artist, 49, who also has a studio in South Africa where she works with traditional Zulu beadworkers, is evoking the impressionists. Lou’s exhibition opening September 6, the first show at Lehmann Maupin’s new Peter Marino–designed 24th Street space, will feature The Clouds, a 100-foot-long work inspired by Monet’s 1915–1926 painting Les Nuages. The piece is made of 600 woven panels of beads, which Lou painted with clouds and then smashed. “Clouds only last about 10 minutes, and their entire lifetime is spent shifting and moving,” she says, adding that the project has allowed her “to collapse the boundaries between painting and sculpture.” Also included will be smaller paintings and stacked sculptures as well as ink-on-gesso drawings and a new video by Lou. “Liza will use all the spaces,” says gallery co-founder Rachel Lehmann. “It will give us an opportunity to see her different mediums in New York.” - Carol Kino