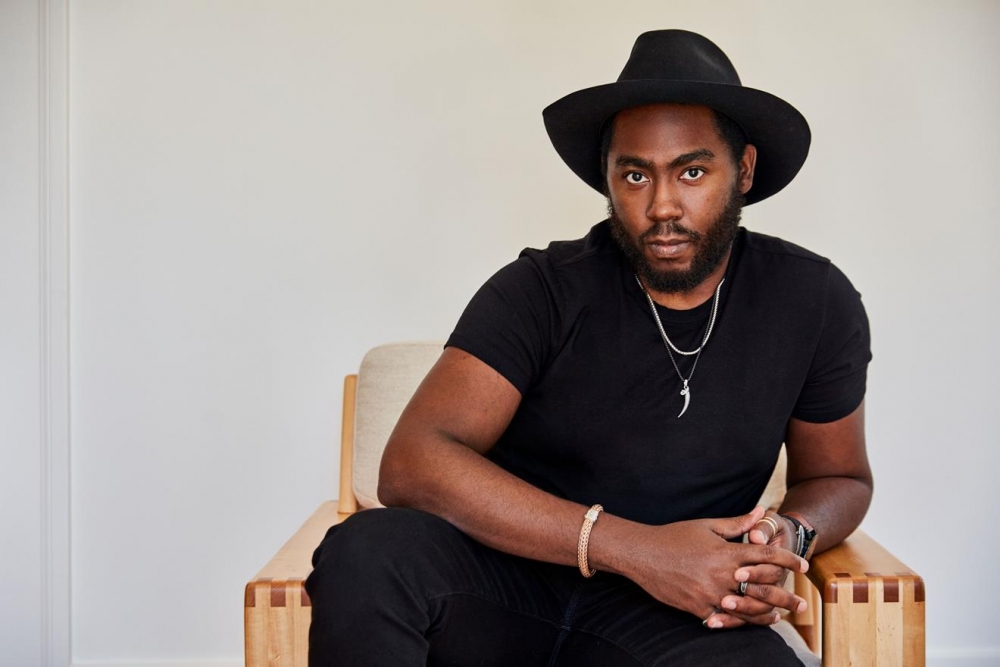 Lehmann Maupin is pleased to announce representation of Brooklyn-based artist Arcmanoro Niles. Niles will have his first solo exhibition with Lehmann Maupin in New York in June 2021 and his work will be included in a major group exhibition at the Institute of Contemporary Art, Boston in 2022.

Born in 1989 in Washington, D.C., Niles earned his BFA from Pennsylvania Academy of Fine Arts in 2013 and his MFA from the New York Academy of Art in 2015, and has remained in New York ever since. He is best known for his vivid, brightly-hued paintings that invite a broader understanding of traditional genre painting and portraiture. Niles offers a window into seemingly mundane moments of daily life―a child seated at the table for breakfast, a man about to get into his car, a couple in their bedroom―with subjects drawn from photographs of friends and relatives and from memories of his past. The paintings, though intensely personal and autobiographical, engage in universal subjects of domestic and family life while also making reference to numerous art historical predecessors, including Italian and Dutch baroque, history painting, Color Field painting, and ancient Egyptian sculpture.

Though drawing from many styles and genres, Niles is particularly inspired by the paintings that 16th century Italian painter Caravaggio created of daily life through representations of his family and friends. In depicting not only people close to him but the places and times they inhabit, Niles creates his own record of contemporary life. Like those of his early predecessors, each painting invites us to consider the time in which it was made, as well as our own histories. Through his use of color, painting style, and formal composition, Niles imbues his subjects with a saintly aura, acknowledging the significance of life’s mundane moments and positioning them within a larger art historical tradition.

“I have been impressed with Arc’s vision and ambition since I first encountered his work,” explains partner Carla Camacho. “He has found a way to create a contemporary version of 17th century genre paintings that feel very of the moment. By using his family and friends as his subjects, he portrays a personal representation of contemporary daily life that is simultaneously universal.”

“It was Carla who first brought Arc to my attention, and then I saw his solo exhibition at UTA Artist Space in Los Angeles earlier this year,” explains co-founder David Maupin. “In Arc, we immediately observed talent and tremendous potential. There are also strong parallels in his work to other artists in our program who are deeply inspired by historical genres or those who have chosen to use their personal experiences as the context, or content, of their work. I’m reminded of Hernan Bas, Marilyn Minter, Catherine Opie, and even Angel Otero. We have an exciting opportunity with Arc as we look to the future together.”

View More
Back to Top