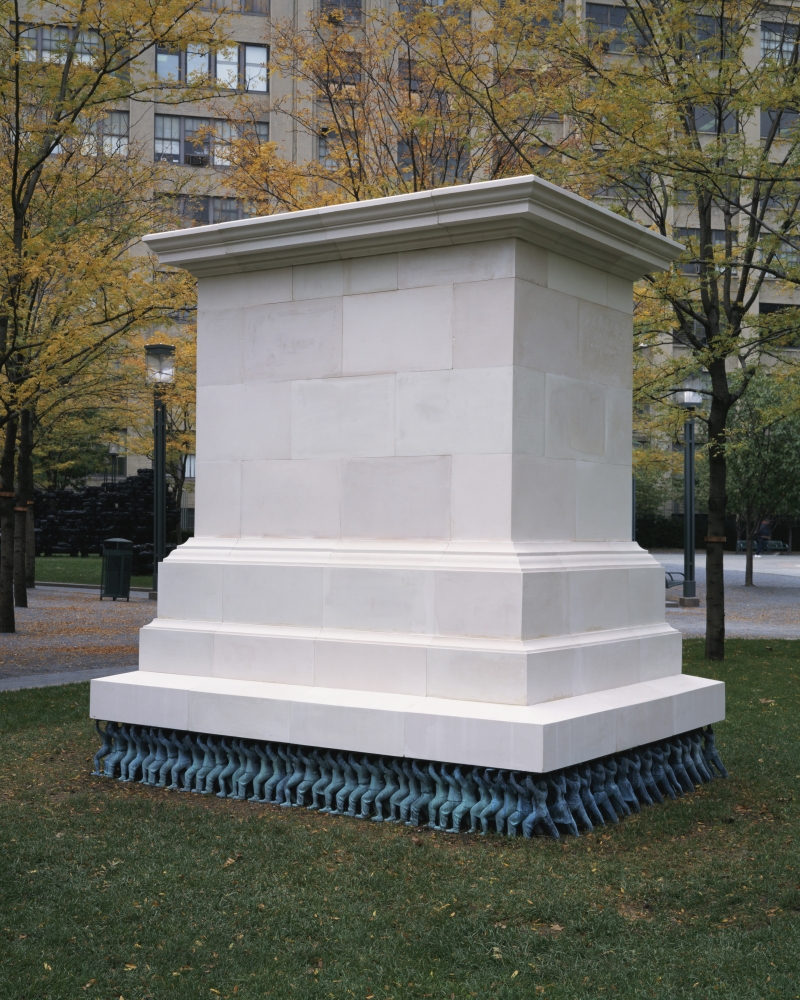 As the role of public statues is hotly debated, Lehmann Maupin gallery has a powerful work by the South Korean artist Do Ho Suh in its virtual booth for the Art Basel Online Viewing Rooms that open this week.

“Public Figures” (1998), shown in the Korean Pavilion at the 49th Venice Biennale in 2001, subverts the norm. Instead of having one, apparently illustrious and larger-than-life figure looming large, Suh places thousands of 12.5-inch figures—of different genders, races and occupations—underneath the pedestal in support.

Suh originally wrote of the work: “When the eyes of the public look up, they will encounter the void of the individual space. As they look down, the stone of the pedestal will give way to the sight/site, not of the individual, but of individuals, that is, of the multiple, the diverse, the anonymous, and the tumultuous mass supporting and resisting the materiality of the stone.”

David Maupin, co-founder of the gallery, notes that the now-virtual nature of the fair makes offering such a work possible: “You’d never be able to get such a large-scale work to an art fair booth,” he says. Suh’s “Public Figures” (2001) is priced at about $3m.