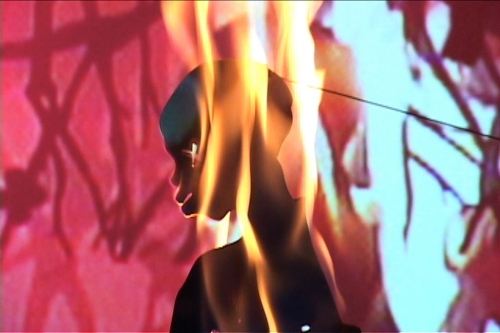 What a difference two years make. When The New York Times last surveyed Lower East Side galleries, in 2009, my fellow critic Ken Johnson observed that “the Lower East Side is not the new Chelsea and probably never will be.” He pointed to the lack of “big-box commercial vendors showing internationally acclaimed talents.”

Since then several of those vendors have set up shop in intimidating, architect-designed spaces along the neighborhood’s north end, near the New Museum. These galleries may be below Houston but they run on Chelsea Standard Time, keeping Tuesday-through-Saturday hours and bucking the neighborhood trend of Wednesday-through-Sunday. And in them you’ll often find seasoned artists like Richard Prince, who inaugurated Salon 94 Bowery in May; or Bruce Nauman, breaking in Sperone Westwater’s new building last fall; or Kara Walker, who has split her current solo show between Lehmann Maupin’s Lower East Side branch and Sikkema Jenkins in Chelsea.

Farther south, Orchard Street between Rivington and Canal Streets has become a highly trafficked strip of emerging artists and dealers. Most of the spaces along the stretch are scarcely bigger than the average art-fair booth, but in the last year or two they’ve siphoned off whatever youthful energy was left in Chelsea and created a new art world ritual, the Sunday opening.

Don’t be fooled by the shabby storefronts and laid-back assistants; the Lower-Lower East Side is all business and ambition. You’ll find a couple of artist-run operations on the fringes of Chinatown, but even these are briskly professional.

For a full appreciation of the area’s continuing transformation, start on the north end at Sperone Westwater, an incongruously sleek eight-story behemoth by Norman Foster on the Bowery. Behind the black metal bars on its entrance gate are a series of narrowly proportioned galleries, one of which is also a working elevator. The building’s curved interior balconies have earned it comparisons to a cruise ship, but right now it’s functioning as an aircraft carrier for Malcolm Morley’s new paintings of fighter jets and pilots.

The 12 paintings on view don’t represent Mr. Morley’s best work, though they’re notably more personal than the big, splashy pictures of athletes and race cars he’s shown in recent years. The pilots, painted from memories of the Blitz and illustrations in World War II-era books, have a stiff, almost Socialist Realist look. Images of jets crashing and exploding are somewhat better, salvaging some dynamic, quasi-abstract passages from fiery wrecks.

Nearby, at Salon 94, which has two branches less than a block from the New Museum, the mid-career photographer Katy Grannan continues to hit a sweet spot between the street and the studio — Arbus and Avedon, to put it another way. She also, more cautiously, takes her first stab at film.

For her photo series “Boulevard,” Ms. Grannan, who used to find her subjects through classified ads, sought out bold personalities on the streets of San Francisco and Los Angeles. She came across many casualties of the entertainment industry: drifters, street performers, celebrity impersonators.

Her portraits isolate the figures against white stucco walls in harsh sunlight that reveals every pock mark and saggy tattoo. (They’re shown to best effect at the gallery’s Freeman Alley branch, where a tight hanging makes them fearsomely intense.)

The film “The Believers” isn’t as strong. Shown on three screens, in black and white, it cuts back and forth among several characters from the photographs and is intentionally diffuse and episodic.

Moving east, you’ll find Kara Walker’s latest films at Lehmann Maupin on Chrystie Street. (Her drawings are the Chelsea part of the show.) The main feature is “Fall Frum Grace, Miss Pipi’s Blue Tale,” a riveting and violent Southern tragedy told entirely through shadow puppetry. Don’t miss the lighter video upstairs, a portrait of the artist as a stuttering blueswoman.

Another kind of double-solo — two artists, one site — can be found at Untitled’s lofty space down on Orchard Street. It’s a collaborative effort by Jonas Wood and Anthony Pearson, who have neighboring studios in Los Angeles and have both shown in Chelsea (Mr. Wood as recently as last month).

Something about the Lower East Side seems to facilitate collaboration, to judge from the two- and three-person shows popping up all along the block. At Nicelle Beauchene, Tom Meacham’s inkjet-printed, Stella-esque canvases hold Cheryl Donegan’s rowdy gestural abstractions in check.

At Lisa Cooley, slight gestures in various mediums by Alice Channer, Jamie Isenstein and J. Parker Valentine add up to something quite substantial. And in the basement gallery of Miguel Abreu, Egan Frantz’s scatterings of numbers and Cindy Hinant’s doodles of tiny hearts enact a rational-romantic duet.

For a more conventional group show look to “Notes on Notes on ‘Camp’ ” at Invisible-Exports, a crowded and rambunctious celebration of the aesthetic so clearly analyzed by Susan Sontag. Here it’s defined by John Waters’s “Rush,” a larger-than-life-size sculpture of a spilled energy drink.

Picking up where Mr. Waters and company leave off is Dominic Nurre, at Terence Koh’s gallery Asia Song Society, one of a handful of artist-run spaces on the Chinatown border. (You might catch a glimpse of the proprietor coming and going in a flash of white feathers on his Hermès-orange bike.)

Mr. Nurre’s “Reciprocity” sculptures combine Champagne bottles, zebra skins, nylon harnesses and vibrating exercise machines, all without producing more than giggles. But there’s a worthier show right upstairs at 47 Canal, another artist-run space (the latest iteration of Margaret Lee’s 179 Canal; Ms. Lee’s own photographs are on view in a group show at Rachel Uffner, on Orchard Street). There, photographs by Michele Abeles (who, like Mr. Nurre, appeared in “Greater New York” at MoMA P.S. 1) offer teasingly fragmentary views of a hirsute male body, obscured by props and colored filters.

Another photographer, Erica Baum, is showing her poetic series on dog-eared book pages at the tiny Bureau, one of a few galleries remaining below Canal Street. As the art district has consolidated, others have moved north (Untitled, formerly Rental, and James Fuentes) or west (Maccarone).

The Lower East Side may be looking more and more like Chelsea, but for the moment it’s still a place to take risks, whether that means a junior director opening her own shop, a blue-chip artist thinking outside the white box or an anything-goes collaboration. It’s a single neighborhood with two time zones, one synchronized with Chelsea and the other geared to Sunday strollers. It will be interesting to see which one prevails.