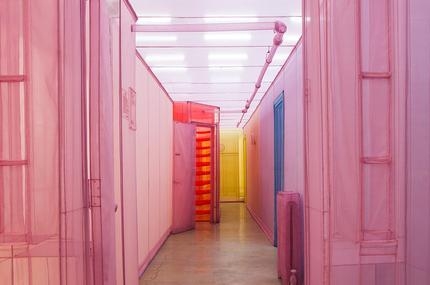 at the exhibit’s centerpiece — presented from now until january 11th, 2015 — is a collection of rooms and passageways from suh’s 348 west 22nd street apartment complex in new york city. the final unit has been created and shown for the first time on the occasion of the exhibition in texas, representing closure for the series he began in 2011.