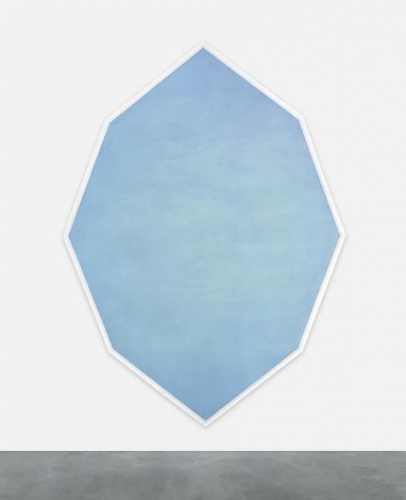 Light and Space Pioneer Mary Corse, Long Overlooked by Major Museums, Will Get a Survey at the Whitney
By Sarah Cascone

At age 71, Los Angeles-based artist Mary Corse is having a moment. The Whitney Museum of American Art in New York is planning to open the artist’s first museum survey in June 2018. Meanwhile, Dia:Beacon in New York’s Hudson Valley will unveil a new gallery dedicated to Corse, featuring four newly acquired paintings, in May 2018.

“Many people are still not familiar with Mary’s work, or if they’ve seen it, it was likely in a one-off scenario in which the critical, experiential quality of her work can be lost,” says Kim Conaty, the Whitney’s curator of drawings and prints.

Over the course of her 50-year career, Corse has obsessively engaged with light, experimenting with how it visually interacts with a wide range of materials, including Plexiglas, clay, and metallic flakes, as well as fluorescent light.

“My practice keeps growing,” Corse says. “It’s a conversation with what I call the abstract entity. A painting can be a pathway to our source; you can ask questions and get answers.”

The Whitney show will bring together her most important works, from early shaped canvases to her monochromatic “White Light Paintings,” which incorporate glass microspheres, the reflective glass beads used to paint highway markers. The reflective quality of Corse’s work is a marvel to behold—the surface shifts before your eyes as you move across the room.

The artist has long been associated with the male-dominated California Light and Space movement of the 1960s, although she has been hesitant to accept that label. Corse’s artistic contributions have garnered increasing recognition in recent years, stemming in part from her prominent inclusion in “Pacific Standard Time: Crosscurrents in LA Painting and Sculpture, 1950–1970” at the J. Paul Getty Museum in Los Angeles in 2011.

“Her key contributions to the history of American art rest squarely within the realm of painting—but painting as a site for material, compositional, and perceptual experimentation around the subject of light,” Conaty says.

The artist has also been enjoying renewed commercial attention. For her first exhibition with the Los Angeles gallery Kayne Griffin Corcoran (on view through November 11), Corse realized the immersive installation The Cold Room (1968/2017) for the first time since she conceived it nearly 50 years ago. Meanwhile, she had her third solo show since 2012 at Lehmann Maupin last month. Gallerist David Maupin says that he has “been passionate about her work since seeing it for the first time during my college days at Berkeley.”

For Dia, Corse’s work was “an incredibly obvious choice,” says the institution’s associate curator Alexis Lowry. “We have several major light-based works in the collection, most notably by Dan Flavin and Robert Irwin, so it’s exciting for us to be able to bring in a new voice in that conversation.”

Under director Jessica Morgan, Dia has been paying particular attention to women from the ’60s and ’70s who have previously been overlooked. “What [Corse] was doing with light was so pioneering, and yet her practice has not been dealt with the same art historical attention, perhaps because she was painting at a time when sculpture seemed to have the most currency,” Lowry tells artnet News.

The installation of Corse’s work will be on view at Dia’s natural light-filled galleries for three years. The experience will change with the seasons as the quality of light shifts throughout the year.

“My hope,” adds Corse, “is that the new audiences able to see my work at Dia:Beacon and the Whitney will engage with it the way that I’m able to, as an abstract perceptual experience beyond thought.”